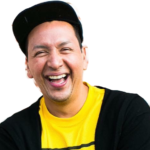 Hector is from El Salvador and has been dancing for 15+ years.  He started teaching Zumba in 2005 and has since lost an amazing 120lbs!!  With his infectious energy and charismatic personality, you will know after your first class with Hector why he has been dubbed the “LA Zumba King”. 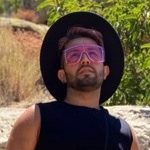 Eder has been teaching and dancing Zumba for the past 8 years.  Although he has a background in ballet and jazz, he still found himself overweight and uninspired until he started doing Zumba DVD’s at home.  In 3 months he lost 40 lbs. and was having so much fun, he didn’t even realize how much he was exercising.  He loves seeing his students leave their problems on the dance floor, sweating out stress, smiling, and having fun. 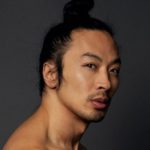 Ethnically Vietnamese and raised in Switzerland, Viet has danced at the Grammy Awards, the MTV European Music Awards, American Music Awards, for artists such as Beyoncé, Christina Aguilera, Rihanna, Justin Timberlake, Nelly Furtado, and Muse, among others. He has received universal acclaim for his choreography on the TV series So You Think You Can Dance in Poland as well as for his outstanding work for music video productions here in the U.S., throughout Switzerland and other countries abroad. 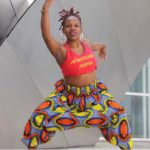 Jessica Evans has been dancing for the past 17 years, performing modern, Hip Hop and African. Her journey of dancing began as a small child who always wanted to be the center of attention and would do anything to put on a show! She has the same passion while teaching these days and always encourages her students to release, be free and just move! Her charismatic energy is a part of her teaching style to provide excitement, endless boundaries of freedom and a consciously unconscious workout. 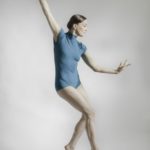 Originally from Paris, France, Cati Jean studied ballet since the age of 8 with renowned teachers and choreographers. As a performer in Paris, Cati worked in television and performed in famous cabaret shows which took her to Japan and eventually Los Angeles. Since in Los Angeles, Cati has taught and choreographed for many musicians, artists and actors. Cati’s hit cabaret show, L’Effleur des Sens, had a residency at Hollywood’s King King night club and garnered huge crowds and rave reviews.  Cati is a busy and inspiring choreographer and teacher. 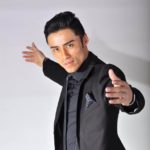 Joel has his training in Salsa Caleña, Salsa L.A. Puerto Rican style, and traditional Salsa. He has danced in concerts with world-famous artists, created choreographies for Grupo Niche, Romeo Santos, theaters, schools and dance companies such as Asocuju, Yopra (music magazine), Latin Power, Son De Luz, Ballet Farallones, among others. He has traveled to World Congresses, dancing salsa and folklore in countries of Latin America, France, Holland and Italy. Joel also has a propensity for visual arts, crafts and drawing. 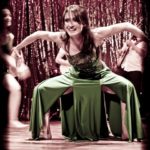 Alessia is an Italian internationally recognized dancer and celebrity choreographer.

She has performed in the famous Andrew Lloyd Weber’s West End Musical “BOMBAY DREAMS” which went to Broadway, choreographed by Farah Khan. Since then she choreographed numerous Bollywood shows in London, like “Bhangra Latina”, Bollywood Dreams, Bollywood steps at the Olympia exhibition. Alessia has also performed as a lead dancer in Musicals like “ Saturday Night Fever”, “Copacabana”, “Jesus Christ Superstar” and has danced all over Europe with various pop artists like Emma Bunton (Spice Girls), Kanye West and Kylie Minogue. 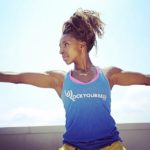 Raquel “Rocky” Horsford is a certified fitness instructor, professional dancer, choreographer, actor, wife, and mom who has been inspiring, motivating and teaching individuals and families to love their bodies, to be invested in their nutrition and become better versions of themselves for over 15 years. Rocky’s extensive performance resume includes: the New York and international touring companies of the Off-Broadway sensation STOMP; HBO’s Stomp Out Loud: STOMP (Las Vegas); and Wayne Brady’s Makin it up” (Las Vegas). Raquel has also appeared alongside Rihanna on the X-Factor, Donna Summers on America’s Got Talent, Beyonce at the MTV Fashion Awards, on the Grammy’s, Billboard, Bet/NAACP Award Shows, Cedric the Entertainer’s HBO Special; Film/TV Credits includes Rent, DL Chronicles, Malibu’s Most Wanted the film Idlewild staring the musical duo OutKast and most recently coming soon you can see her in the role of Connie in Amazon’s new movie Slyvie’s Love on Amazon, starring Tessa Thompson. 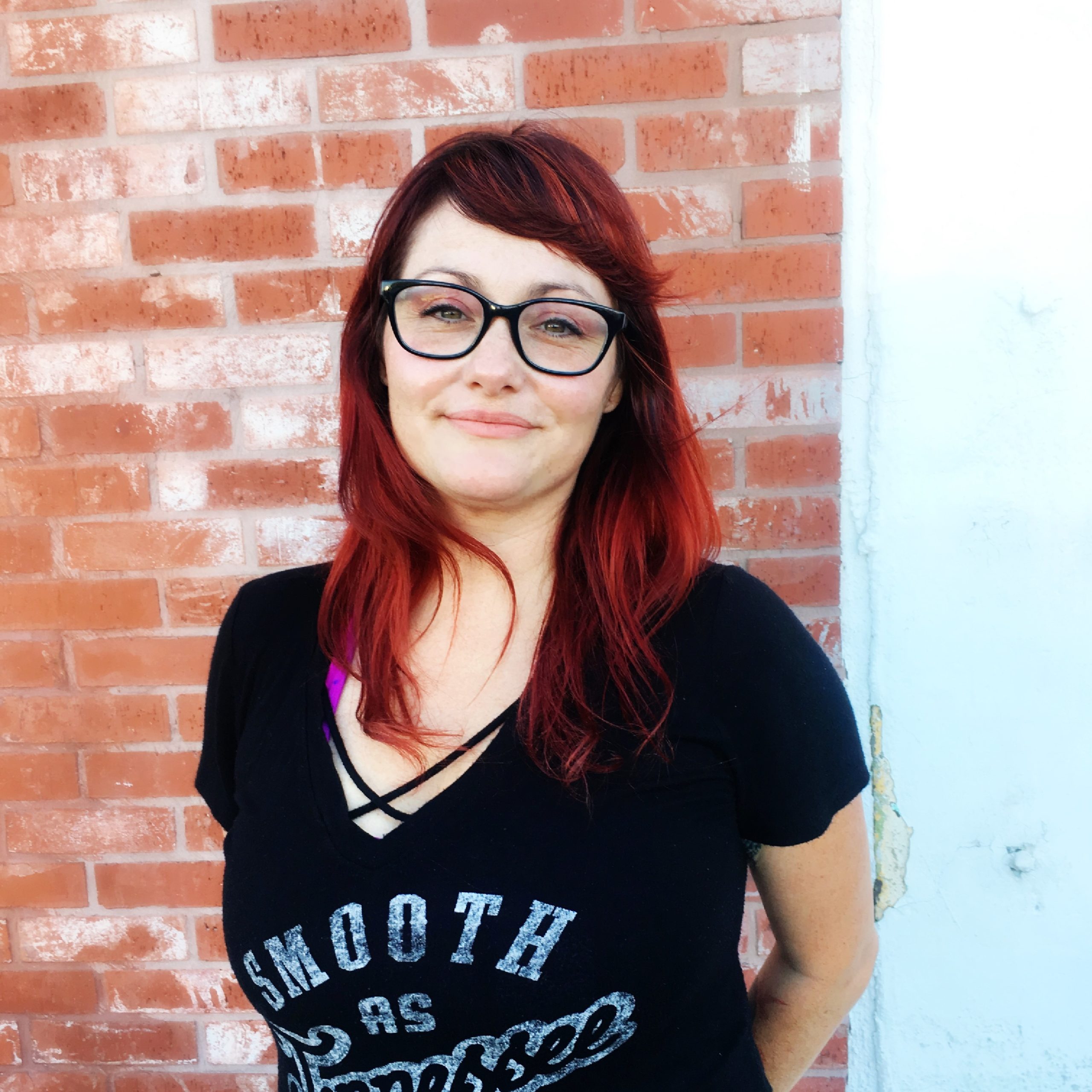 Luisa has been teaching dance and movement for almost 20 years. She is trained in traditional dance styles (Ballet, Jazz, Lyrical, Hip Hop and Tap), Pilates, Zen Ki Yoga Therapy (Asian origins), traditional Yoga (Indian origins), meditation and Yoga Booty Ballet. She loves technique, form and alignment and bringing it to her students in a fun and accessible way. She created her own class format called iSOLE8® which is a unique blend of dance, yoga and Pilates. She is (and has been) creating her own unique form of healing movement and strength/mobility/stability training by blending classical Pilates, Zen Ki Yoga Therapy, dance conditioning, along with meditation, breath work, tissue work and even aromatherapy. 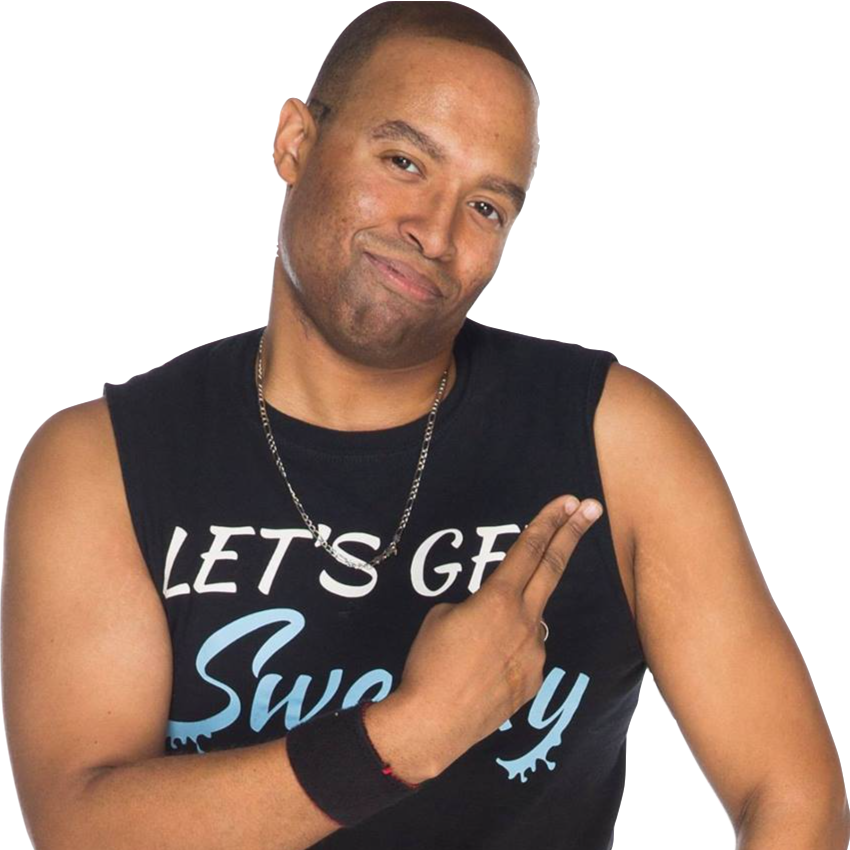 Jerod’s love of dance and the classes offered at Heartbeat House led him into getting actively involved in several dance workout formats where he put in hard work in transforming himself from student to teacher. Jerod got involved in Latin Jam Workout and holds a Level 1 Instructor Certification, shortly thereafter he became a Licensed Zumba Instructor in both Basic and the new innovative Zumba Step and has participated in several fitness format events throughout the City of Los Angeles and in Northern California. In addition to being certified in both Latin Jam Workout and Zumba, he is now a certified instructor for an urban-based, world beats fitness program based out of Northern California that’s growing across the nation called U-Jam Fitness. 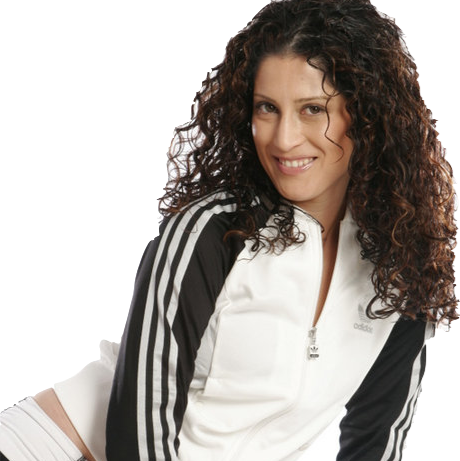 Toni is originally from Fresno, California and was always active in cheerleading, gymnastics. After graduating from both UCLA and USC and entering into the field of Accounting, she quickly felt the need to regain her passion for fitness in order to balance her professional life activity. Toni began taking classes at Heartbeat House as her New Year’s Resolution in 2008 and then soon became an instructor for Latin Jam Workout, working closely with JP Santana to promote the workout brand as well as participating in various performances and fitness events. Latin Jam helps her to keep in shape, as well as to keep focused in her everyday career. “I am excited to help promote one of the best workout platforms I’ve come across, while at the same time having a blast. Hope to see you all in class!” Toni also teaches Bollywood and Zumba. 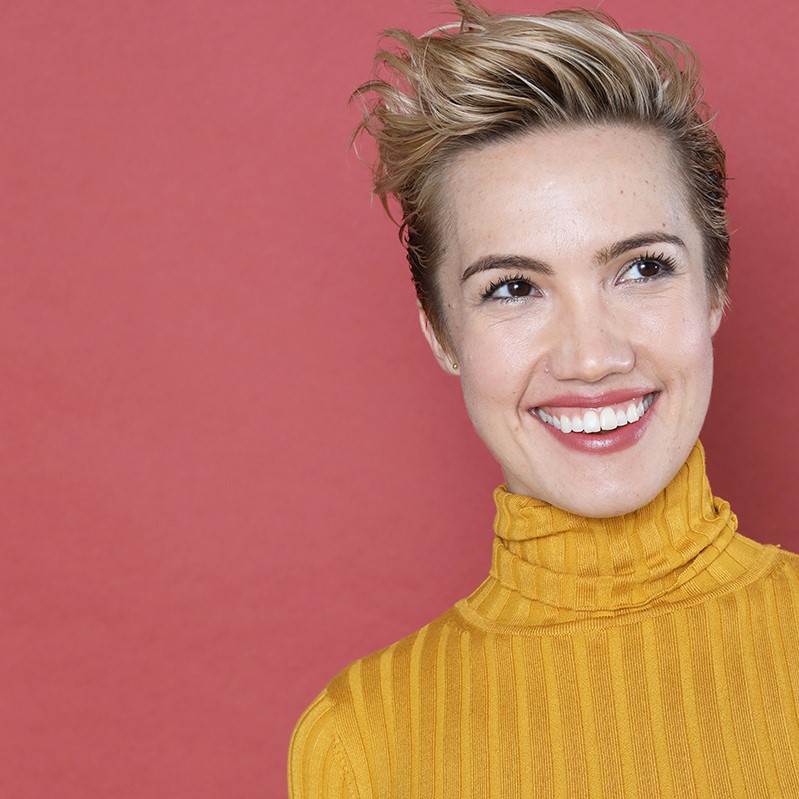 Shashona is a northern Californian native who is always looking to dance. She told her mother (at age 3) that she didn’t need dance lessons because she was just born knowing how. She eventually found herself in a dance class and never wanted to leave- studying tap, jazz, hip hop and ballet. When she discovered Yoga Booty Ballet – it was like coming home! Dancing brings her the utmost JOY and getting to lead others in dance is a true honor! Her class is a place to let go, feel supported, laugh, cry & SWEAT IT OUT. 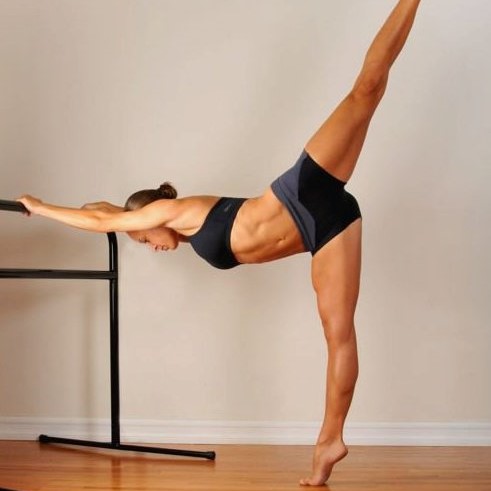 Lorena’s unwavering focus and skill for her craft has made her a sought after teacher, dancer and choreographer in the industry. She’s mastered styles as diverse as Modern, Jazz, Contemporary, Lyrical and Hip-Hop. Her accomplishments include New Kids on the Block world tours, So You Think You Can Dance Fox promo, Ke$ha, Latin Grammys, AMA’s, Thalia, Gloria Trevi, and Rod Stewart. With her worldwide success, experience, and her vast understanding of dance she was inspired to create “Fabrikartis Dance Convention.” 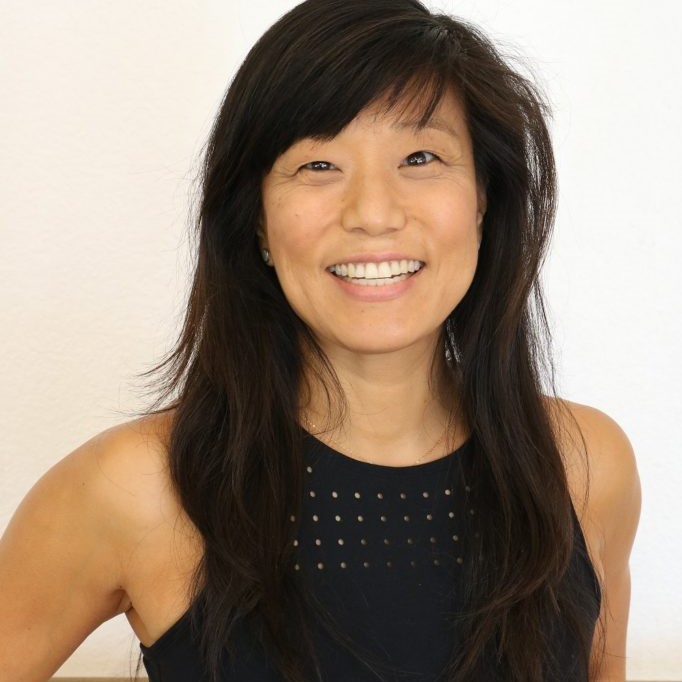 Kumbi was born in South Korea and was adopted at 4 and raised in Boulder, Colorado. Growing up very active and outdoorsy she had a natural passion for health and fitness. She started practicing yoga as a teenager in an attempt to heal a lower back injury from gymnastics. Discovering that yoga not only helped heal her back but also reduced stress and opened up an inner energy and light, she was transformed. After certifications in personal training, coaching, and group fitness, her first yoga training was with Stephen Earth (Earth’s Power Yoga) in 2003 then a Viniyoga therapy training with Gary Kraftsow in 2008. Kumbi’s yoga classes incorporate healing music, astrology, philosophy, psychology, breathwork, and meditation with a strong emphasis on personal empowerment and healing. Her fitness classes deliver a well-balanced challenge with a fun, playful, inclusive energy. She has owned Heartbeat House Dance Workout studio in Los Angeles since 2010 as well as the online studio, Heartbeat2Go, just launched in Spring 2021.
Instagram: @koombeee 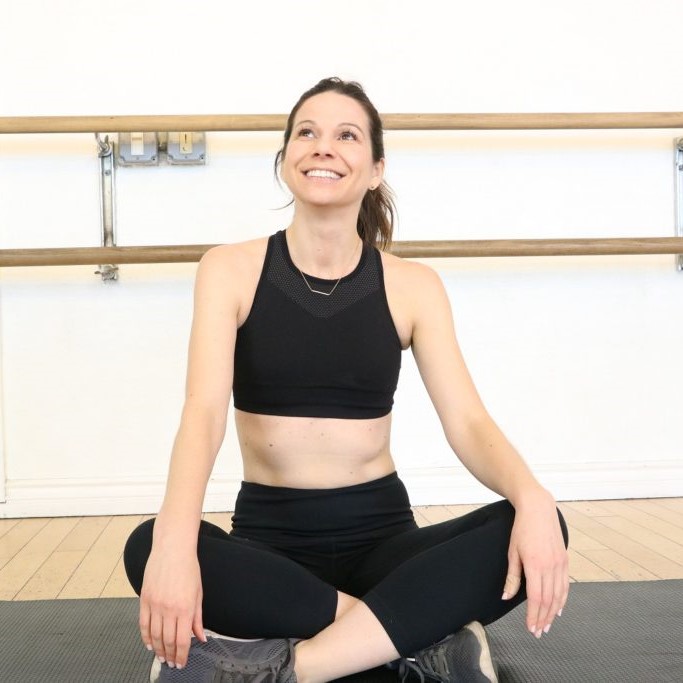 Laura has always been an avid mover. She studied dance throughout college but after 20 years of focus she got burned out. She decided to take a break from dancing in her 20s and focused on climbing the corporate ladder. It only took a couple years of corporate work for Laura’s physical and mental health to take a toll which then led her to finding yoga and exploring different possibilities for her life. In 2012 Laura completed her life coach training and quickly followed that with yoga teacher training. It wasn’t long after completing both that she decided to trust her gut, leave her corporate job, move to Los Angeles, and pursue her dream of teaching, public speaking, and writing.

Laura has been the studio manager of Heartbeat House since 2017. She teaches fitness, barre, and stretch classes that are fun, encouraging, inclusive, yet challenging.